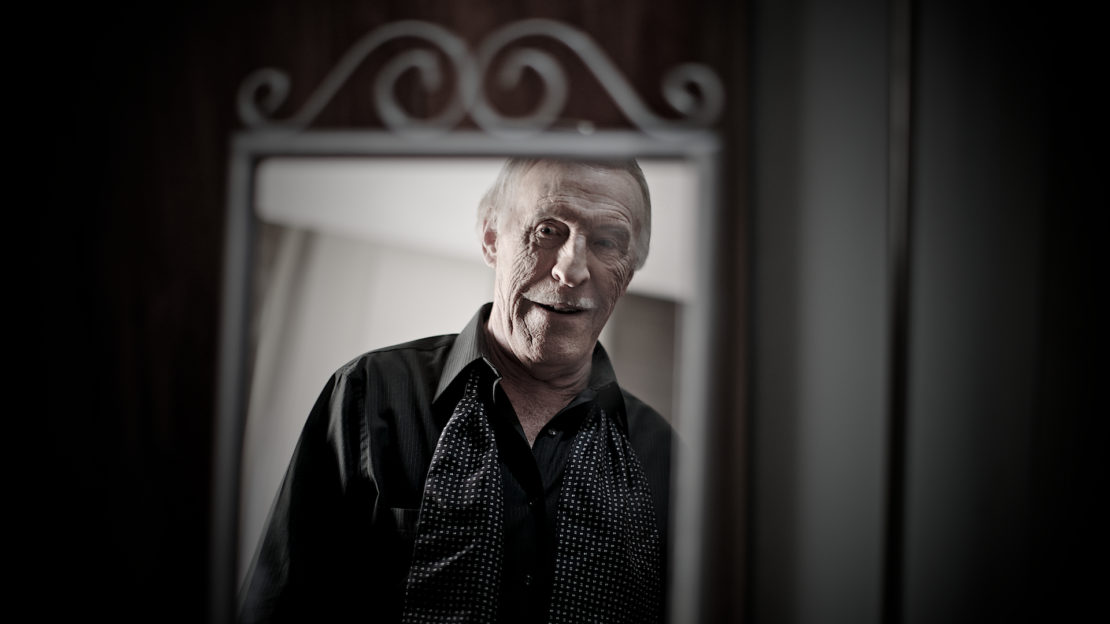 It’s Saturday afternoon and I’m heading for Television Centre in White City. It’s been nearly 20 years since I was last there working on a short film for Blue Peter about a peace campaign centred on climbing the Eiger. This time it’s a different sort of mountain to climb, and I know I’m not the only one who is feeling nervous. After several weeks of planning, negotiating and clearances from the BBC and celebrity agents, I am about to be given a unique glimpse into the world of Strictly Come Dancing. I haven’t even watched a single show, but know it is huge. My agent Mark George has explained that the job is for the Mail on Sunday’s You magazine, and is really important as You is the biggest selling Sunday glossy (with a circulation of up to six million). I am to be the first photographer in the show’s history, outside of the BBC, to be given backstage access. No pressure, then! Sometimes photography is not so much about the technical, but the personal. It’s the same sort of skills required for entering a party when you know no one and, rather than standing and thinking: ‘How many more sips can I take from this drink before it looks like I have some weird form of OCD?’, I’ll have to strike up a conversation with someone. Anyone! If you’re going to specialise in photographing people, then you have to ask yourself: ‘Can I really do this?’ and at the same time decide on the best location, lighting and lens choice, not to mention continue a conversation while working out the correct ISO, shutter and f-stop.

I’m met by the journalist from the Mail and then a small entourage from the BBC. I quickly get to know all involved and try to decide how far or how little they will push things for me to achieve the kind of results I am looking for. And here is where the pressure comes in – not from my agent or the Mail on Sunday or from the BBC, but from me! I am putting myself under immense pressure to deliver on this opportunity and I don’t just want okay pictures, I want great pictures. As I have little control over the people and places I will be shooting, this often creates a serious sick feeling right up until I start shooting, when it completely disappears. Looking back, I should have kept this much simpler and carried everything I needed in a small shoulder bag. My rocksolid brick being the Canon 1Ds MkIII along with a 50 f1.2 180 f3.5 and 85 f1.2 and that would be it! Oh, and, of course, an assistant would be great with my ever-faithful Litepanels. As it is, I’ve got far too many lenses and most of what I have I don’t need and, sadly, I have no assistant and no additional lighting.

We walk outside into the autumn sunshine and I am introduced briefly to Bruno Tonioli who, upon seeing a camera, immediately starts to take off his clothes – first his jacket, then his shirt. This takes me by surprise, so much so that I almost miss the moment. We are then whisked off to Craig Revel Horwood and Arlene Phillips. This is going to be much harder than I thought, as we only have minutes with each person, and I am getting increasingly frustrated that I’m not getting the kind of pictures I want. Jodie Kidd is very relaxed in front of a camera, as you would expect. Then I’m introduced to Rachel Stevens, who is in make-up and looking both beautiful and very nervous, which, in a strange sort of way, makes her look even more beautiful. I feel empathy for her and try not to linger using my 50mm and then 180mm macro, but it’s not working, as I need more time and we are moved on. Next it’s Len Goodman, who I keep calling Les! A true gentleman – kind, patient and courteous. Very much old school… I tell him that he’s my mum’s favourite and he explains that he’s not surprised as his audience is 0-10 year olds and ladies over 70. He’s standing in his underwear and asks if I want to shoot pictures. I don’t, as to me, it would be disrespectful to someone so polite and friendly unless I felt the picture would be complimentary. He puts on his trousers and is very proud of his 60-something physique. I tell him: “You’re in good nick, mate.” His chest puffs up and then he reaches for his velvet jacket. My first good picture! He’s lit from the make-up table in one of the BBC’s better dressing rooms – the light is warm, soft and complimentary, and in his crisp white shirt and bowtie, he smiles. I continue to shoot and he is a gift.

And here is where the pressure comes in – not from my agent or the Mail on Sunday or from the BBC, but from me! I am putting myself under immense pressure to deliver on this opportunity and I don’t just want okay pictures, I want great pictures.

For a while, it’s a blur, moving quickly from make-up areas to dressing rooms, so I decide to just shoot what I see and risk the BBC representative stopping me. She doesn’t, and even offers to carry my bag. Now we are a team and I start to approach celebrities and explain politely why I’m there. Everyone seems okay with the intrusion; in fact, I get the feeling that, in some cases, it’s even welcome, as you can feel the tension.

As a child, I grew up sitting by the telly on a Saturday night watching The Generation Game, and I have wonderful memories of my family laughing along with Bruce Forsyth’s gags and sideways looks at the camera. For my generation, he has a certain iconic status and, to use a phrase from another 1970s classic, ‘as if by magic’ I find myself standing face to face with Bruce in his dressing room. I am shamelessly and honestly sycophantic as I explain his part in my past. He is grateful. I immediately see picture opportunities. As we chat, he sits at his make-up desk and explains his script and I gently coax him to stand in front of a full-length mirror He’s in his usual Strictly black shirt with bowtie hanging, and looks at his reflection. It’s a very poignant moment and I’m sharing it with him, every line and wrinkle earned from over 50 years as both showman and entertainer. Again, I almost forget to shoot the picture. It is hard to believe this man is 80. Yes, the face looks like it has been lived in and the eyes hint at his age, but he still has that same sparkle that I remember from all those years ago. As we say goodbye I feel a tinge of sadness knowing that I’ll probably never get the chance to photograph him again. I didn’t expect to be invited to the full dress rehearsal and was thrilled as we entered the studio grabbing a picture of John Sergeant admiring Lisa Snowdon’s chest on the way. I have felt very privileged throughout, but here, quite literally lying at the feet of the dancers, it feels great, almost as if this whole thing was put on for me alone, and I soak up the atmosphere.