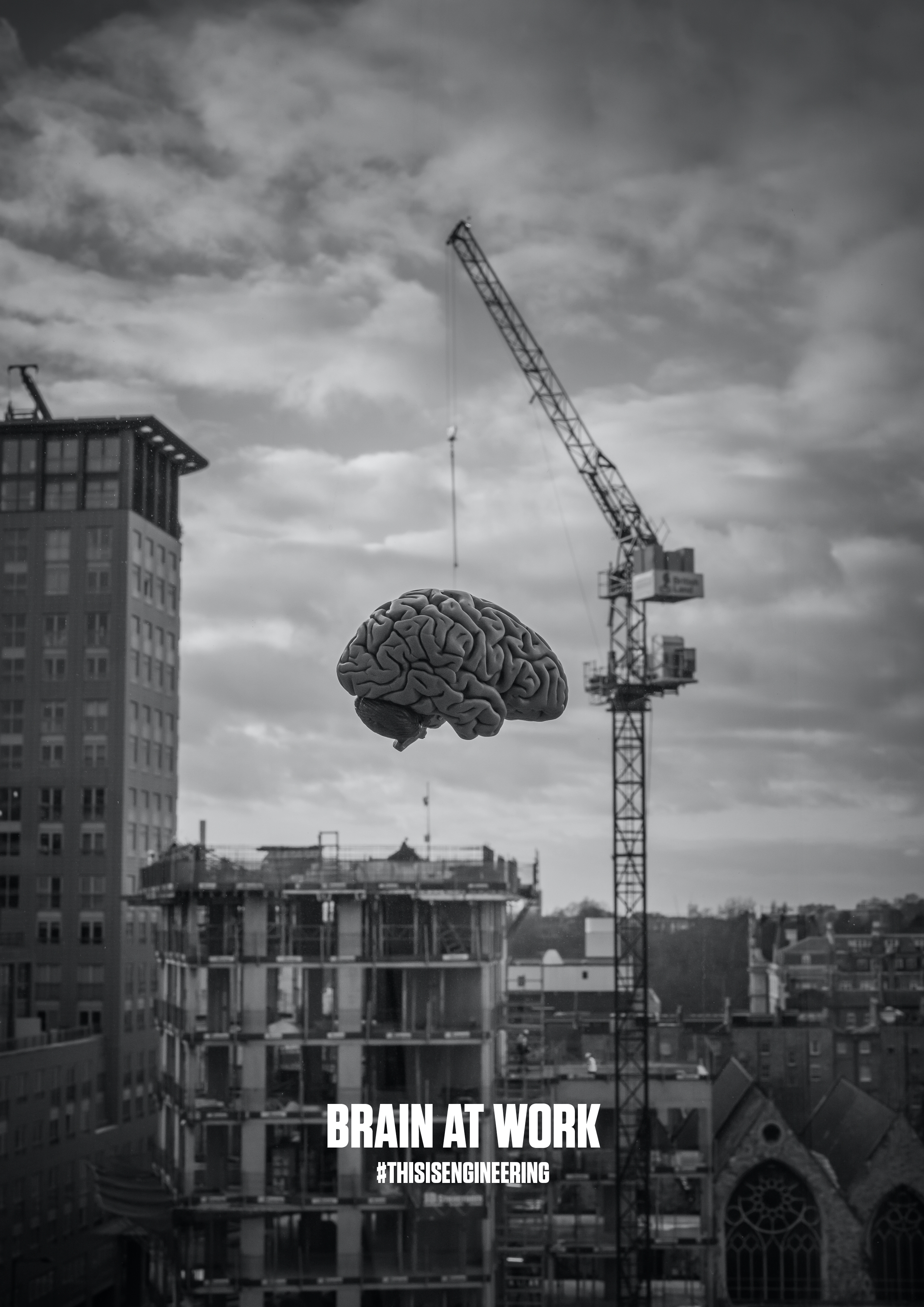 When we brought together twenty Biomedical engineers from Kings College London to Facebooks head offices for a storytelling work-shop I was expecting them to use their brains but I wasn’t expecting their brains to be stuck onto a window with blue-tac!

I should explain. My name is Clive Booth, and for want of a better title I suppose I fit loosely under the heading creative. I have several careers including photographer, filmmaker and graphic designer along with speaking for Canon as I am also a Canon Ambassador and teaching for Ideas Foundation. When applied to teaching my particular skillset and experience helps others better communicate their own ideas, stories and achievements through the use of photography, moving image, copywriting, typography and layout. These ingredients alone don’t make a dish but when we sprinkle on a little creative thinking and add focus something magical can happen. We’re here at Facebook for an ‘engineering the story’ storytelling workshop, but why is storytelling so important? Well it seems that something surprising happens when information comes from a story rather than just simple facts: More of our brains light up. When we hear a story, the neural activity increases fivefold. Add to this the growing army of ways to share our stories; Instagram, twitter, Facebook, LinkedIn, TikTok and we have everything we need to speak to our audience at any time or anywhere.

The average person scrolls through the height of Big Ben every day on their smartphone and we have just 1.7 seconds to stop their thumbs. This is why I believe a good idea, well executed with a narrative will shine a light through the daily fog that fills social media channels and bring a holt to the outer most digit!

After a couple of presentations, one from Facebook Creative Agency Partner Sammy King with some fascinating insights and advice including current social media trends, tips and tools followed by my own, sharing a decade of photography and filmmaking around the globe, we then moved onto a short photography and lighting workshop. I explain my obsession with light and the impact good lighting can have on a portrait, still-life or landscape. We discuss the benefits of using a big camera and the step change in the photographers thought process when looking through a viewfinder rather than at a smartphone screen or as someone said to me recently “One you make a note with and the other you write a novel” And lastly we discuss the importance of an idea and how through interaction our audience is more likely to stop and think about our story and most of all remember it.

Enter Greg Hodgson from Edgegain, a hugely experienced educator and master of ceremonies for the day. Armed with several ipads and Adobe Spark, a relatively simple to use and very effective piece of free online software Greg teaches the students how to glue their ideas, words and pictures together in a form that will speak to the masses through their social media channels.

The workshop was co-ordinated by the Ideas Foundation Chief Executive Heather MacRae, the principal investigator for the Ingenius Project.One of the experiments in the Engineer the Story workshops has been to get engineers working alongside non-engineers. Krystal D’Anjou aged 18 and Charlie Anderson aged 15 from The Global Academy London.The reason I mention their age is that in creativity like most things in life, age and experience is not necessarily a guarantee for success, and quite the contrary as our Biomedical PHD students and neuroscientists found. Both Krystal and Charlies approach to storytelling was eye opening and seeing the world as they do was an inspiration for us all. Bringing such an eclectic mix of individuals into one room is the brainchild of Heather and it’s her tireless and selfless work as Chief Executive of Ideas Foundation that has changed the lives of so many young people in so many positive ways. Heather is an inspiration to so many and not least myself and the reason why I’m here on this workshop.

Greg splits the students into groups and for the purpose of this story I’m going to focus on the challenges faced and achievements made by just one. I should point out that all the groups exceeded our wildest expectations for the day and we left feeling both very fulfilled and very humbled. I immediately warmed to Vincent Giampietro, Senior Lecturer in Neuroscience Education at kings College London. In his introduction to the group he explained how he carried around a plastic skull and brain (as you do) and would take this into schools and ever so carefully remove this most precious and delicate of cranial cargo in front of wide eyed children and as he handed it to them would deliberately drop it! This mischief maker was doing something that his young audience would never forget and through his actions would undoubtably endear himself to them and have their full attention. It was Vincent and his group of PHD Neuroscientists challenge to combine neuroscience with engineering and create a single image that would illustrate this concept.

Once everyone gets to work on their individual group challenges there is an atmosphere of excitement, chaos, frenetic activity and anticipation. It’s our job to keep the groups focused and to make sure they ‘engineer their stories’ and meet the very real deadline of just one hour. Vincent’s brain (the plastic one) is just one of the many props the students had brought along to help tell their stories including Lego MRI scanners, fake blood samples, stents, hip replacement, valves and CAT scans. Looking out through the huge picture windows from the fourth floor at Facebook he and his group spot the sea of scaffolding and cranes which appear to shroud every building as far as the eye can see. This immediately becomes one half of their approach using this conventional engineering as a visual metaphor for the background and a white board with equations makes up the other half of the idea in the foreground.

For me one of the hardest lessons to learn when teaching is knowing when to stay back and when to intervein. With just minutes left and as the deadline loomed, I politely suggested their idea was ok but potentially confusing and lacked a strong direction then turned away to work with another group. I wasn’t using reverse psychology but quite simply being honest, I knew they could do better, and I also knew they were the kind of people who responded to a challenge.

Sometimes coming up with a good idea can be both challenging and hugely frustrating and involves good old-fashioned hard work and application. My own approach involves driving myself to exceed both mine and my client’s expectations and fear of failure keeps me on my toes for every project. I think most of us know the brain is made up of two halves but what I didn’t know was that Vincent’s plastic brain was too.As I turned to look there it was, one half floating in mid air some how magically adhered to Facebooks picture window and in the background was the industrial heartland of our capital city. In my two-minute absence the group had had a eureka moment and created a new approach with half a plastic brain and some blue-tac. Excitement building, I dash over to see this intriguing concept knowing they were onto something but there was only five minutes to go! When seen through the camera the brain appeared to float in-front of the London city building site of scaffolding and cranes. Surely this was enough to ‘engineer the story’. And then something magical happened, Charlie Anderson aged just 15 casually, almost throw away suggests a different camera angle and the stars align to put Vincent’s plastic brain at the end of cable attached to a huge crane high above the cityscape. This directly connected the two ideas as well as creating the effect of a giant brain hanging from a huge crane.

We all knew that there was a great idea in this and it was wonderful to witness this magical amalgam of minds, both young creatives and engineers putting all the pieces together and we cheer in sheer admiration and joy for this moment, everything aligning both physically and metaphorically to produce this beautiful thumb stopping final solution.