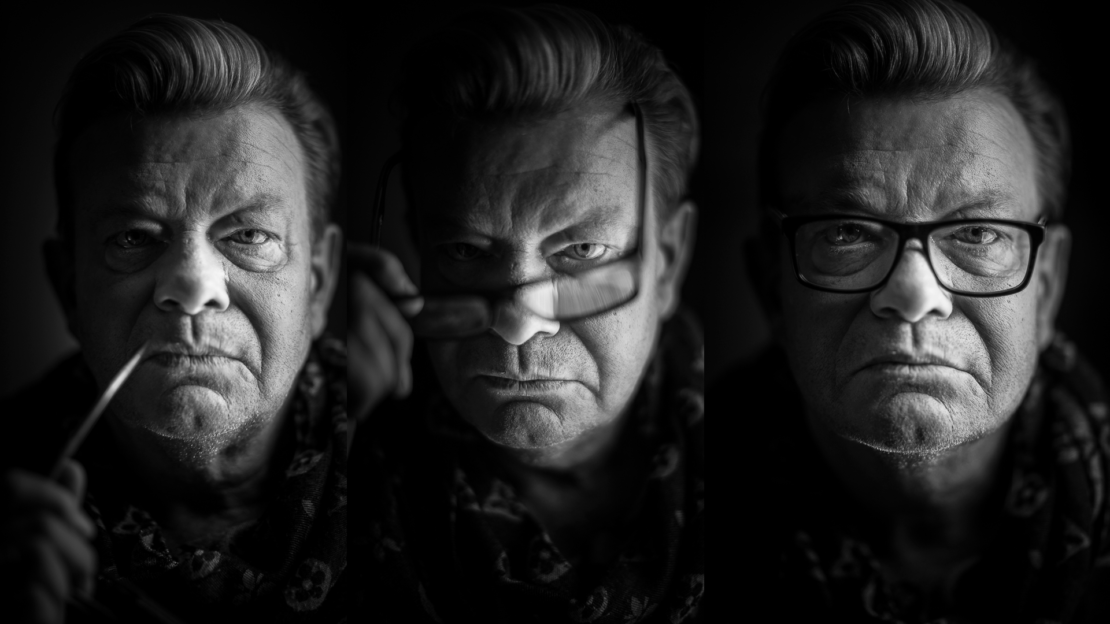 Do you remember the moment in Jaws when Roy Scheider sees the fin of the great white shark from the beach… duunnn dunnn… an unforgettable scene that made movie history. The camera both zooms and tracks back simultaneously. The ‘Dolly Zoom’ an unsettling in camera effect pioneered for Alfred Hitchcock for the film ‘Vertigo’. Well that’s how I feel whenever I get a ‘casual’ request from a friend, acquaintance or even a complete stranger to shoot a wedding, christening, party or even a portrait. … dun dun dun dun dun… So often this throw away behest comes with the assumption that ‘it’s easy for you, just pick up your camera and shoot’… there is little thought given to the fact I have a lifetime of experience, a little skill (I hope) in what I do and whatever the project I will give it my all. Shooting may only take a few hours but editing, postproduction and printing often equates to days of work (should I choose to do it) this is so often seen as having very little financial value. In the same context would I casually ask an accountant to knock out my annual return? Would I ask a dentist to sort out a filling? A solicitor to bang out a contract? Of course not! And yet the sheer abundance of imagery being produced from photo libraries, smartphones and tablets means that sadly the medium of photography has become so devalued and commonplace that its sometimes hard for people to even know the difference between a good and bad picture. Rant over. Of course I love shooting pictures for those of my close friends and family that I know will appreciate them, it’s so personal and wonderful to see the look on their faces when I present them with a web gallery but most of all when they receive book or print.

As part of the Canon Ambassador program from time to time I share my experiences of collaborating with Canon whether it be stills, moving image or print, 5D MKIII, 1DX, Cinema EOS C300, C500 and of course the infinite number of related optics and large format printing on Canons excellent IPF 6450 and MUSIO papers. Every two years Frankfurt opens its doors to the world of imaging bringing together the industry, trade, professional users and end consumers with a passion for photography — in a way no other event can match. photokina is the leading international trade fair for the entire photographic and imaging sector and its massive! 184, 000 visitors, 1,158 exhibitors from 41 countries occupying 7 gigantic halls. My job is simple… talk for 40 minutes twice a day for three days. This I enjoy and I carefully prepare my talks based on current and past work. 2012 was about portraiture and so I enthused about shooting on the set of Downton Abbey, a series of portraits of famous and influential people within the British fashion industry including Paul Smith, Manolo Blahnik, several supermodels and photographers as well as recent work with celebrity chef Heston Blumenthal.

A busy day of talks and discussions with piers, pros and amateurs is followed by a relaxing evening with other speakers including Thorsten Miles, Philip Bloom and Richard Walsh and of course the stage crew including floor manager Stephen Chapmen (Ziggy). Several hours of managing the speakers, lighting, audio and visual stage production and policing the schedule is followed by an equivalent number of glasses of Chardony and Ziggy is eloquently sharing his experiences and passion for the mediums of dance, theatre and film. One of the joys of such trips is that I get to meet other like minded people and he is captivating as only someone who truly loves their vocation can be. Starting in theatre School at the age of six he studied ballet at the Royal Academy of Dance until the age of sixteen when he decided dancing was not for him although it remains his great passion. Went into rep theatre in the provinces at seventeen Landing in London when he was just twenty working as stage manager on the original production of ‘Evita’ with David Essex, Elaine Paige and Joss Ackland. Working in the West End he Staged managed “Cats’ and has worked with Shirley Bassey, Elton John, Sophia Loren, Roger Moore, Anthony Dowell and Antonette Sibley to name a few. We discuss the great Hollywood portrait photographer George Hurell (referenced in my own talk as an inspiration) and in particular his most memorable pictures of Marlena Deitrict and then Ziggy explains how he has never had a good portrait taken of himself duunnn dunnn… and turns the conversation to my work and enthuses about my portraits of Jessica Brown Findley on the set of Downton Abbey and in particularly the lighting and how minimal and yet readable my portraits of Heston Blumethal are… dun dun dun dun dun dun… the way I’ve lit a campaign shoot for make up brand Shu’Uemura, the perfume commercial shot in Paris.. Que the ‘Dolly zoom’ and the request comes for me to shoot his portrait dunnnnnnnnnnn dunnnn the great white has just swam into the conversation.

Ziggy has a fascinating and expressive face, some would say it’s lived in and he is comfortable in his own skin, very photogenic and I know that given the right location and light he will photograph very well. Given his experience and his knowledge of the medium of photography and film I take it as a huge compliment and agree to photograph him upon one condition.

The light has to be right. For anyone who has been to Photokina you’ll know that for the most part it’s lit like your local Aldi, all bright light and from above. For me to shoot a portrait that could even approximate the work Ziggy and I were discussing the previous evening would require a very high degree of control over the available light. A casual request it maybe but if I do it I want to do it well, otherwise what’s the point? Like many photographers and filmmakers my obsession and search for the right light takes me from studios to landscapes and locations all over the globe. Some exotic and some less exotic and alas it was to be the latter for poor Ziggy. As I woke the following morning and drew back the hotel curtains I noticed two layers of thick net drapes, which perfectly diffused the light and the location for his portrait was set. Bearing in mind I had only just met the man, his face was a mixture of delight followed by bemusement and then trepidation or was it fear as I firstly explain that I’ve found the perfect location to shoot his portrait followed by ‘we can do it in my hotel room at lunchtime’ Quickly followed by ‘the portrait, that is!’ The pursuit of great light is so often a challenge but rarely an embarrassment. Having consulted my trusty sunseeker app the best time to shoot would be lunchtime / early afternoon. I spend twenty minutes preparing the set, curtains drawn to leave a one-foot slit of vertical diffused light. A chair and reflector (I always carry one in my bag… reflector not a chair that is) I check the light and prepare my 1DX along with lenses. Firstly the one I’ve built a career upon, the 85mm f1.2 L MKII as well as for close ups the 50mm f1.2 L. Occasionally I’ll also use a 35mm F1.4 L for wider portraits but not today. ISO at 400 wide open at 1.2 and I’m happy. I resist the temptation to wind Ziggy up by opening the door in my dressing gown and he enters and immediately relaxes into the chair. Like so many portraits we photographers are usually limited to a very short time to shoot and he has to get back to the show in twenty minutes. I quickly frame him and check that the half light is not to strong and clipping the highlights as this can be a challenge even for the most advanced cameras causing detail to be lost. The double net curtains take care of this but there are of course other solutions, HDR which would require a tripod and I would loose the spontaneity as well as ND graduated filters which I personally haven’t tried but have often thought given the time this solution would be interesting to experiment with. The 1DX does not disappoint and holds every detail and the Canon primes supply the usual atmosphere and superb Bokeh. This obsession with Canon portrait primes came firstly from seeing Edward S. Curtiss’s incredible early twentieth century portraits of native American Indians. And then the amazing scenes in Stanley Kubrick’s much underrated movie ‘Barry Lyndon’ and the f0.7 Carl Zeiss 50mm originally commissioned by NASA to photograph the dark side of the moon. Enabling Kubrick with the conversation of A Mitchell BNC camera to light entire scenes purely by candle light way back in 1975. The atmosphere and beauty within this movie to this day is in my opinion unparalled

I have been hugely fortunate in my career to work with and along side some of photographies greats including Don McCullin, Nick Knight, Miles Aldridge and close friend and the man who first inspired me to pick up a camera and shoot professionally, Doug Menuez. For me its usually always-available, window, found or continuous light… seeing what I am going to record means its just one less thing to think about once I start to direct the subject, who of course is equally important, and so often the difference between a good and bad picture. This has also been hugely advantages as I moved into filmmaking in late 2008 using an early pre production 5D MKII. And like so many of us I also see how I will interpret this scene once I get the files on my reference monitor and into Lightroom and Photoshop. This interpretation in the digital darkroom is almost as enjoyable as the shoot and I absolutely love making my edits. One star, then two, three, four and finally just a handful at five. Black and white with a tiny split tone in the shadows with deep blacks for mood and atmosphere all curtosy of Adobe Lightroom. Making my own prints closely follows this and I could talk for hours on this subject so will summaries: The print is still by far the best way for a photographer to control his or her work and is still even now the most secure way of archiving our work. My printer of choice is the Canon IPF 6450 and my paper of choice is MUSIO Silver rag pearl which is in my opinion the nearest we can get to analogue printing in the digital darkroom.

So often we talk about the technical and yet so often particularly with portraits it’s the interpersonal skills that are most important and as I start to shoot I draw on my previous career as graphic designer and art director. I want to emphasize Ziggys theatrical demeanor and give him my scarf, which I then drape around his neck, so much better and far less formal than his shirt and jacket. I ask him to use his glasses as a prop and shoot continuously throughout. I’m not an economical shooter and like to have more captures rather than less even though I do focus on individual poses. Moving from 85 to the intimacy of the 50 at close range working with the 1DX selective focus moving the focus point to lock onto his eyes. The half-light works well and I try to keep a highlight in the eye in the shadow area of his face. We shoot around one dozen poses and then its over. Happy with the shoot Ziggy and I head off for another presentation.