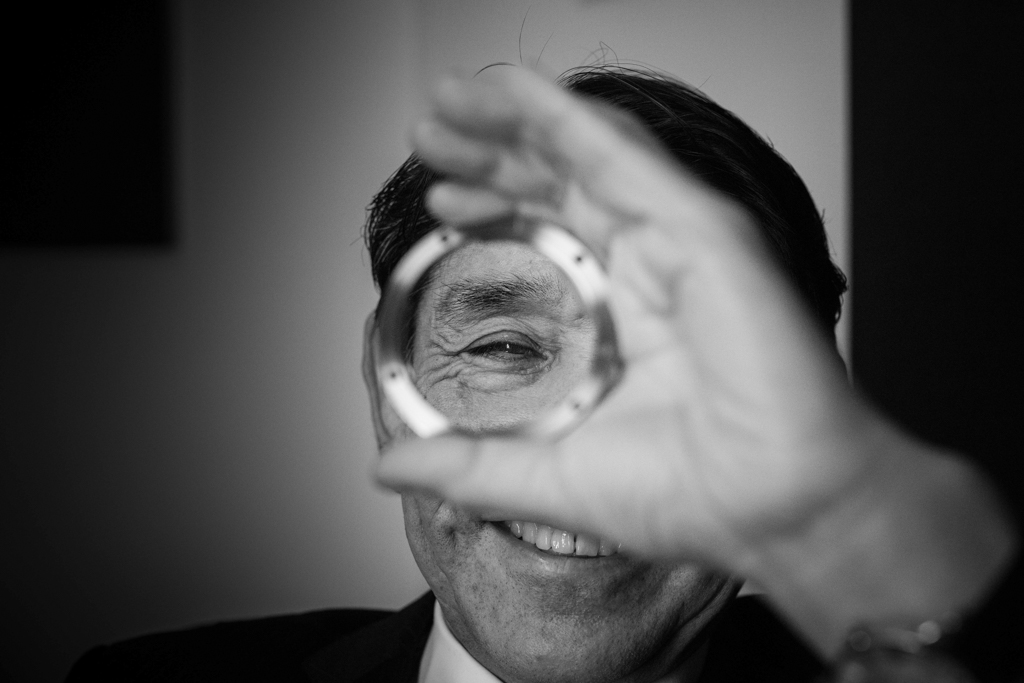 In October 2018 I was invited to shoot Canon EMEA President and CEO Mr Ishizuka’s portrait, a huge privilege for a Canon Ambassador. As with every shoot I wanted to try to create at least one picture with some form of narrative story.

A new year and a time to look to the future and in the case of Canon EMEA President and CEO Mr Ishizuka looking way, way into the future, in-fact to the next thirty years and beyond. Just over a year ago I was invited to shoot Mr Ishizuka’s portrait, a huge privilege for a Canon Ambassador. As with every shoot I wanted to try and add something a little extra to create at least one picture with some form of narrative story. Three months before the shoot I’d been involved in a pre-launch meeting for Canon’s first full frame mirrorless camera system, the EOSR and RF lenses as well as also using the system for one of the very first studio shoots in the world in collaboration with Birmingham Royal Ballet. It was at this meeting that Mr Ishizuka explained the historical significance of the EOSR mount and how it was the first new mount in three decades and will take the brand well into the next three decades. The significance of this gave me an idea. If I could get just the mount and have Mr Ishizuka look through it this would signify a “through the looking-glass” moment, looking to the future and all it’s potential and promise. After a single phone call with Canon European Technical Support Manager Mike Burnhill, the idea was set. Mike had somehow managed to magically source a mount as that’s all I would need to illustrate this historic landmark. It’s always great to have a willing subject for a portrait and Mr Ishizuka was a gift to photograph. To His great delight I was shooting with the EOSR and RF 50mm f/1.2L USM. As you would expect his knowledge of the brand, it’s history and products is second to none and as we talked I almost forgot why we were there at all, in-fact the conversation was so interesting my producer Mark George had to remind me that we were there to shoot a portrait. As well as the more predictable and no less challenging or interesting corporate portraiture I explained that Mike had managed to find me the EOS R mount and Mr Ishizuka was genuinely pleased and saw the significance of the idea immediately.