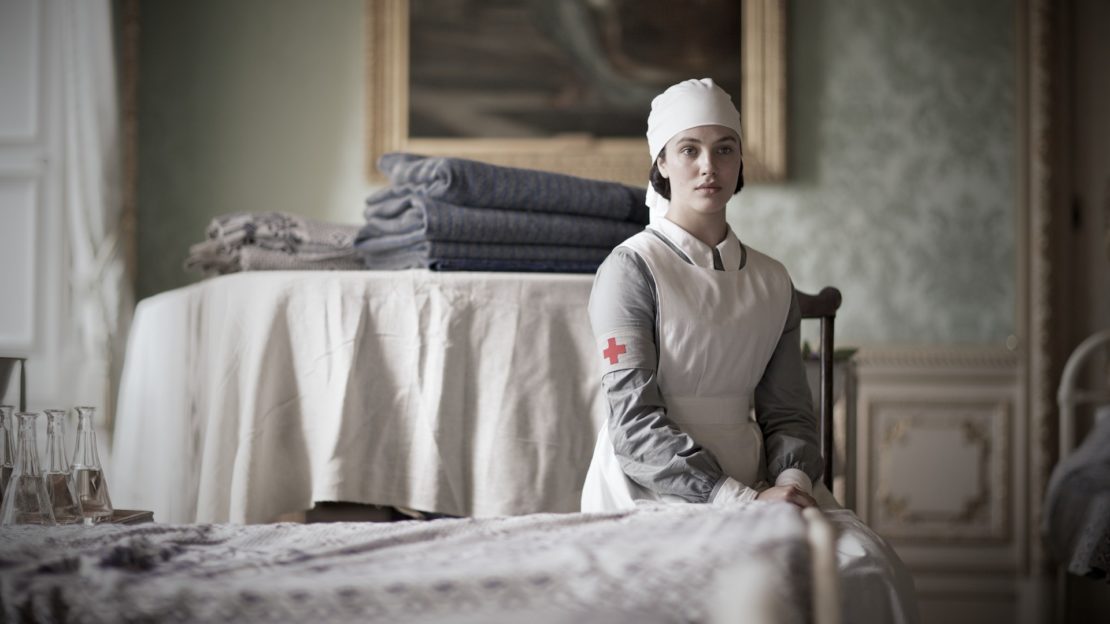 As many of us are beginning to dare to call ourselves filmmakers, just what exactly can  photographers bring to the medium that sets us apart from others with none photographic backgrounds? Landscape, still life, food, car, architectural, interior, nature, sport, fashion, street … the list goes on. For me at least, there is one genre that I think has more relevance than any other. The portrait is quite possibly the single most powerful and important subject matter that many of us will cover in our careers and our hard earned skills and experience whilst photographing portraits can, in my opinion, best be transferred to film. As photographers we know exactly how to compose, light and most importantly direct a subject. Photographing the living and breathing image gives us a small and yet very significant advantage when we choose to approach filmmaking.

The camera is an instrument that teaches people how to see without a camera. Dorothea Lange

Recently I was speaking at Canon Pro-Solutions at the Business design centre Islington and amongst the many films and stills I’d shot through 2011 were a small selection of pictures shot on the set of the hit ITV period drama, Downton Abbey. To my surprise after each seminar at least one of the questions would be directed towards this set of portraits and top of that list of questions was how long did you have to shoot these pictures? The answer came as somewhat of a surprise to many and yet anyone shooting portraits will almost certainly testify to the fact, that the time we photographers get to photograph a celebrity, politician, VIP, captain of industry or just about anyone who is in the media, is rarely hours, usually, minutes and in some cases seconds.

The Downton Abbey shoot was no different. My reason for being there was to capture behind the scenes atmosphere for the Mail on Sunday’s ‘You’ magazine; a seven page feature and cover. After several phone calls, a written brief, shot list and an overnight stay nearby, my expectation was of a whole day on set. After only an hour and a half of walking a tightrope between takes (not shooting whilst the crew were recording as this would require a £1000 blimp, not an airship but a soundproof camera housing) the majority of the days filming was over. I felt huge disappointment and concern that I would not meet the brief the magazine and I had set. Putting the camera down, I decided to open up diplomatic negotiations with the head of PR. Having never watched Downton Abbey before being commissioned, my wife and I became immediate converts and viewed the entire first series over the weekend before the shoot. I became acquainted with the key characters and who it was I would most like to photograph. After an agonizing wait the answer came back….‘You can have all three daughters, housekeeper and a maid after lunch’.  Resisting the obvious double entendre I gratefully agreed. Given the calibre of the actors, costumes, set, location and an abundance of beautiful available soft window light, I wanted to make sure that this golden opportunity was not wasted. My assistant Billy Waters and I worked quickly to find several locations within Highclere Castle that would suit the actors and fit their roles, giving me a rounded and hopefully atmospheric and interesting set of pictures.

This thinking on the feet combined with skill and experience both on location or in a studio is at the very core of a photographer’s skill set and the exact same can be said for film. Over the last twelve months I’ve been lucky enough to work alongside some of the country’s finest DOPs, directors and producers and I’ve been encouraged by the similarities between the two disciplines. The film guys will always say how envious they are of both how long photographers get to shoot (especially in advertising) and also how much they earn in relative terms, but that is another story.

Being forced to shoot what you hope will be great pictures in minutes requires an almost Zen like approach to the challenge. I find my focus is so powerful that often I don’t even remember key moments within the shoot. I like to work on instinct and have learned to trust this approach but when it comes to photographing and filming people, experience and instinct alone will not deliver great results, as there are several other vital ingredients: talent or skill is a given – after all we are shooting the job aren’t we? – but it never hurts to have a degree of self doubt and nervousness, as the energy this creates is very often turned and channeled for the good once the work begins. There is no greater motivator than fear of failure. People skills are a hugely important factor when photographing people and filmmaking is no different. The skill to put the subject at ease and create an environment that leads to an easy and open space between the lens and what we are recording, gives us directorial control and its here again that I believe the medium of stills and film overlap. As photographers, we are used to communicating with people and we know the better we are at this, usually the better the results. All this and then we have to consider lighting, lens choice and composition. Our hard work and effort is sometimes followed by rejection and disappointment as our finest work doesn’t even make the final edit and yet we pick ourselves up and move on. (‘You’ magazine, preferring candid, reportage behind the scenes over carefully crafted and directed portraits seen here in print for the first time). In my opinion, it is this grounding and these skills that prepare us for the journey into filmmaking, and for many of us, that first step will be low budget, independent projects where we are the director, DOP, gaffer, grip and often editor all rolled into one.

Here lies one of the biggest challenges I have faced to date when it comes to film and its quite probably one of the biggest disadvantages of coming to the medium from a photographic background. It is hard to direct and shoot simultaneously, as the two roles often require us to look for different things within the same frame. Great composition and lighting falls flat if the subject is not compelling. This is more relevant when there is a clear narrative and story line, as the subtle nuances and expressions are key to a successful result. In my experience this dual role is far more difficult within film than stills, as movement means that composition and light are constantly changing, which can take our attention away from the crucial importance of direction. I am increasingly finding myself at this intersection where I want to both film and direct, not wanting to relinquish the camera. I have fought so long and hard to be in this position and yet can I do both? Honestly, I still don’t know but my instinct is telling me to encourage others to film along side me and under my direction. I’ve always worked with assistants who are photographers in their own right and I am asking many of them to now pick up a camera and shoot. Obviously there is a very clear difference between this approach to film and commissioned photographic work as we wouldn’t even consider for a moment handing over our cameras to a third party when shooting stills, and yet I am finding that gradually my assistants and I are collectively making lens, exposure, lighting and compositional choices together when it comes to filming. A deep trust and understanding gained from long days, weeks and in some cases years of working together is necessary from both parties and yet the rewards so far have been very encouraging, especially when shooting simultaneously from several angles. Under my sometimes OCD (obsessive, compulsive, direction) I have, in stills, managed to maintain a particular look that I want to bring to my work as a filmmaker, whilst making sure that I don’t miss key aspects of direction or multiple shots of the same subject.

Rather surprisingly, since I began shooting films the medium of moving imagery has effected the way I shoot stills. I continue to shoot pictures but with a renewed enthusiasm and if its not commissioned then its portraits, landscapes and still life, often to help illustrate a film treatment, as capturing the atmosphere in stills clearly positions my ideas for a film within a clients minds eye. When I have spare time I head for the hills of my native Peak District or Scotland and shoot landscapes and still life along with portraits of friends and strangers alike. Post producing my pictures, dodging, burning, selective sharpening, vignetting and desaturating, are all key ingredient that we take for granted as photographers and yet crucial when making films. I will often work on a post produced look with stills before filming and then share this with the client, art director, off line editor and most importantly colourist in the grading suite. This gives a clear and agreed direction before even arriving for grading and on line editing and can save a great deal of valuable and expensive time.

This passion for the still image keeps me focused on the inter personal, aesthetic and the technical; after all, photography and filmmaking are no different to any other skill and they both require many hours of practice. If anything I have more energy than ever for getting out and shooting stills, as I know with 100% confidence that what I am recording in a photograph can also be recorded as film.

‘Photographer filmmakers’, the days of convergence are over, or at the very most coming to an end, and now many of us are daring to take the next steps towards becoming fully fledged filmmakers. We have cut our teeth on short films, web commercials and untold numbers of personal projects and as budgets have become tighter and jobs increasingly scarce, I believe photographers are not only more than up to the challenge of film but better equipped than most. I am referring to the way I and many others now shoot with HDDSLR, allowing small crews and yet delivering on an ever increasing scale of magnitude. 2012 will see Cinema EOS and a 4K HDDSLR, and in the evolution of the HDDSLR is bringing a revolution in filmmaking, creating big budget results at a fraction of the cost of existing productions. This is great news to a market that is desperate to make savings and not compromise on quality. The stage is set, the rehearsals are over, all we have to do is perform!